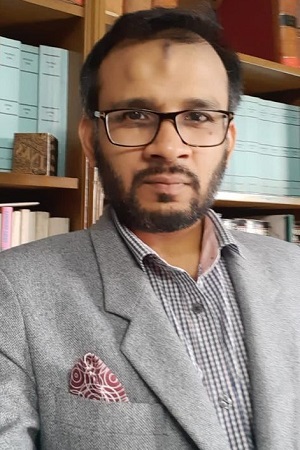 2007: Enrolled as an Advocate of the Supreme Court of Bangladesh

2005: Enrolled as an Advocate, Dhaka Bar

2004: Called to the Bar of England and Wales from the Hon’ble Society of Gray’s Inn

Appeared on behalf of Bangladesh Petroleum Corporation against a local shipping

Restaurant Owners Association before the Federation of Bangladesh Chambers Commerce and Industries (FBCCI) Arbitration Tribunal in a dispute between the FBCCI and the BROA.

Represented Islami Bank Bangladesh Ltd and Meghna Group of Industries Ltd. in a number of cases before the High Court Division and the Loan Recovery Courts. Provided legal assistance for the conversion of First Security Bank into an Islami Bank. Provided legal opinion to several banks, including leading Islamic Banks such as First Security Bank Ltd and Islamic Bank Bangladesh Ltd.

Extensive experience in Corporate matters, including instituting proceedings for rectification of share registers and drafting partnership agreements and Memorandum and Articles of Association. Drafted opinions and legal notices and instituted various legal proceedings on behalf of numerous companies, including Meghna Group of Industries Ltd which is the largest manufacturer of condensed milk in Bangladesh. Provided legal opinion to leasing companies and financial institutions, including Prime Finance and Investment Ltd and Union Capital Ltd. Represented a major Korean Insurance company in the District Court of Bangladesh for enforcement of an arbitration award against a local company. Provided legal assistance to various foreign companies in setting up subsidiary companies/ liaison offices in Bangladesh. Providing legal advice and assistance as the local counsel for the World Bank ‘Doing Business’ Project.

Represented a leading group of companies in a trademark dispute with a rival business group.